Through the Mountains and Off the Rails

Road trips are a beautiful thing and anyone who has ever taken one knows the key to a successful adventure is a majestic destination, good company and a vehicle that works. Well, we had all three (one that occasionally gave us doubt but never let us down!) so it was bound to be a sensational trip.

We headed out of Christchurch for the route through Arthur’s Pass – a road that would wind and bend from the city to the ocean and on a map looked deceptively short. The only issue being the road bends and winds so much (and it was winter), that consistent speeds were not an option. Plus, factor in all the stops to walk around and soak up the surroundings and this was a leg that took us the whole day – not that I’m complaining though!

Let me just say, starting out, I knew it was going to be amazing. There’s just something about heading out onto the open road when mountains are in foreground that just shouts adventure. Coming from a place with relatively flat topography, mountains have always blown my mind and just seeing them makes me feel good. Australia is a fairly boring place as far as landscape goes, so to see this and some snow, was a welcome sight. I never got over seeing people pulled over to the side of the road picking up snow for the first time and throwing it at each other. It’s something I take for granted having grown up in Canada… and something I curse when it gets in the way of a good time!

We drove for a few hours through mind blowing scenery, winding around bends until we made it to the little town in the middle called, appropriately enough, Arthur’s Pass. Stopping to check out the general store and take a few pictures, we decided to hike one of the small trails that said it would take 30-40 minutes. Sure, why not! Granted it was probably better in the summer, it led to a waterfall and was a great way to stretch our legs and see things up close and personal.

Back in the car, we made our way towards Greymouth where we stayed for the night.

One thing I realized very quickly upon our drive through the mountains was just how dangerous this expedition could be if the weather was bad. The guardrails on the side of the roads were not always in place and traffic was sometimes a bit crazy – for an inexperienced campervan driver such as myself who was prone to stall, this did create a few issues. I felt bad for the drivers behind me but then also for myself, because some of them were driving way too fast. This wasn’t an unwarranted fear but very real, as the many crosses lining the road and billboards advising people to slow down seemed to indicate just how many lives these places had claimed.

Maybe they were staring at the scenery? I was guilty of that many a time… it was spectacular. My travel agent was kidding – it really was a postcard around every turn.

Next up. The Glaciers! 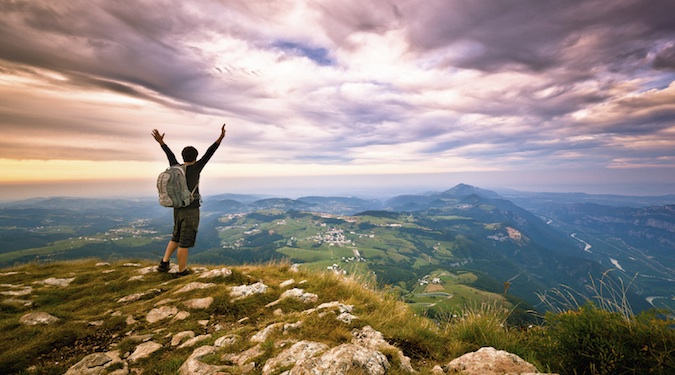 You Can Travel Even While On Debt

Four Foods I Want to Make in their Home Countries

HOW BLACKLANE SAVED MY DAY IN MARSEILLE