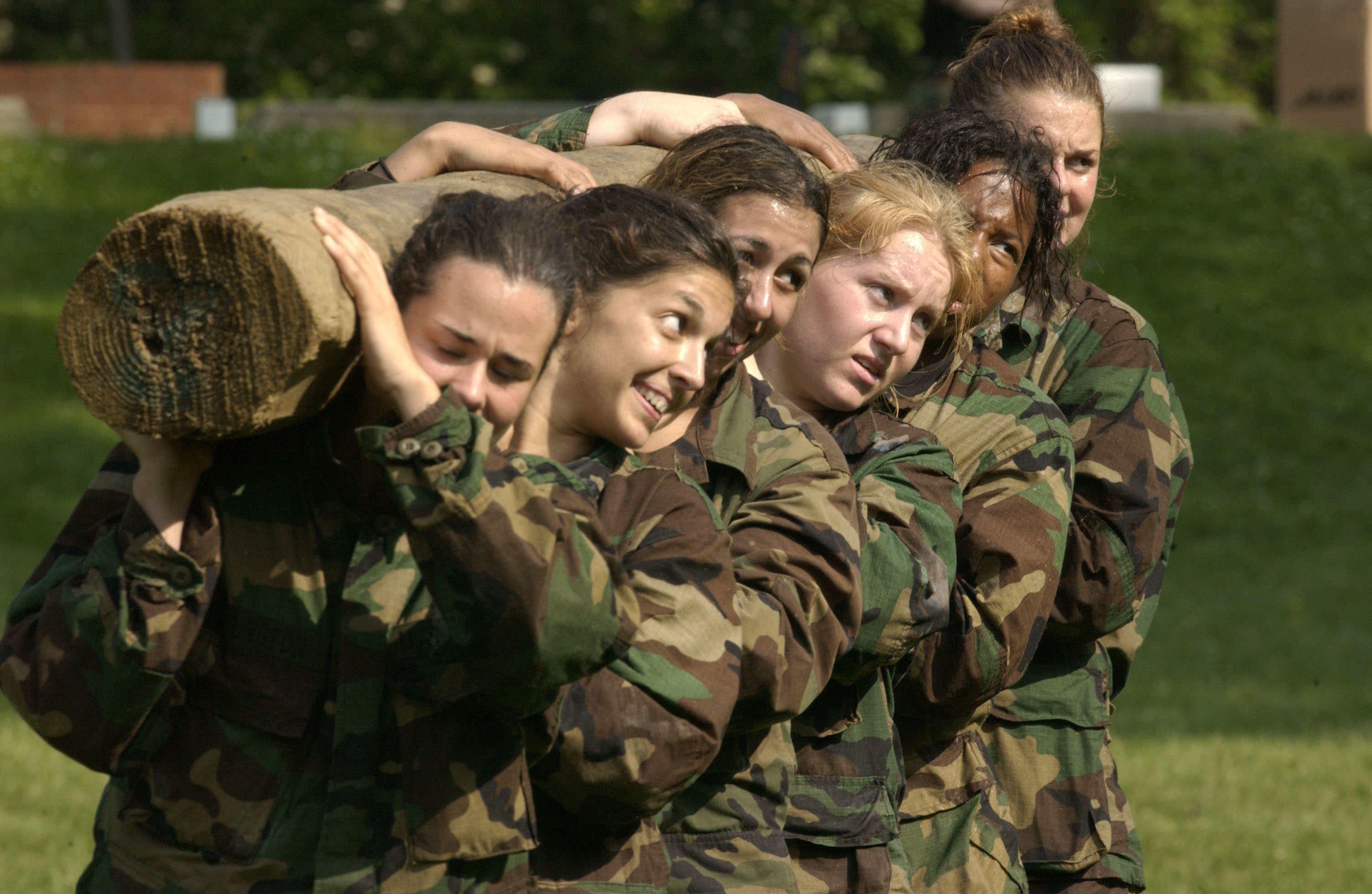 040518-N-9693M-015
U.S. Naval Academy (May 18, 2004) – A squad of Midshipmen work with a log as part of teamwork training during Sea Trials. The “capstone” event places fourth-class midshipmen in a physically and mentally demanding environment that instills in them the values of good leadership, teamwork, and perseverance. Sea Trials allows the fourth class to participate in a memorable and worthwhile event that teaches them much about their own abilities and limitations as well as the advantages of working as a team. U.S. Navy photo by Photographer’s Mate 2nd Class Damon J. Moritz. (RELEASED)