Curator of the world’s oldest continuous civilization, China has a lot of historic attractions to offer such as the famous Forbidden City, the Great Wall and the Terracotta Army. In recent years China has modernized rapidly however as the Communist Party decentralized economic decision making and opened the economy to increase foreign trade. The ambitious skylines of Shanghai and other Chinese cities are a triumphant statement of this process. 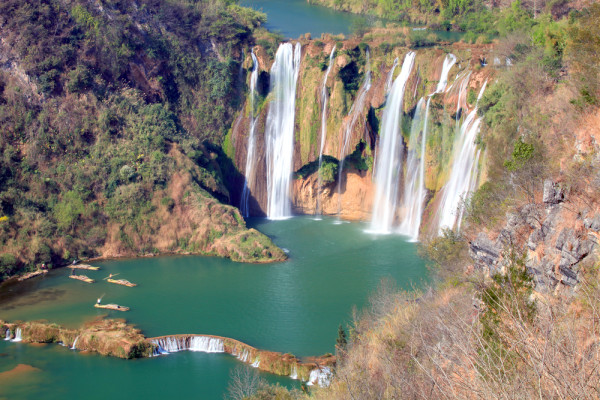 Traveling around is getting increasingly easier although visiting all of the top tourist attractions in China is exhausting rather than difficult considering the vast size of the country.

Pudong is a district in Shanghai on the eastern side of the Huangpu River that has emerged as China’s financial and commercial hub. A skyline of gleaming skyscrapers rises out of what was mere farmland only 20 years ago. Skyscrapers includes the symbolic Oriental Pearl Tower, the Shanghai World Financial Center, the Jin Mao Building and the Shanghai Tower that should be finished in 2014.

The Mogao Caves form a system of 492 temples 25 km southeast of the center of Dunhuang, an oasis strategically located at a crossroads on the Silk Road. The caves contain some of the finest examples of Buddhist art spanning a period of about a 1,000 years. Construction of the Buddhist cave shrines began in 366 AD as places to store scriptures and art. Along with the Longmen Grottoes and Yungang Grottoes, the Mogao Caves are one of the three most famous ancient rock-cut temples in China.

The Giant Buddha of Leshan is a gigantic Buddha statue carved out of a cliff face in Sichuan, western China. Begun in the year 713 during the Tang Dynasty, the statue was not completed until the year 803, and was the effort of thousands of sculptors and workers. The Leshan Giant Buddha stands about 71 meters high and has three meter long fingers on each of its enormous resting hands. 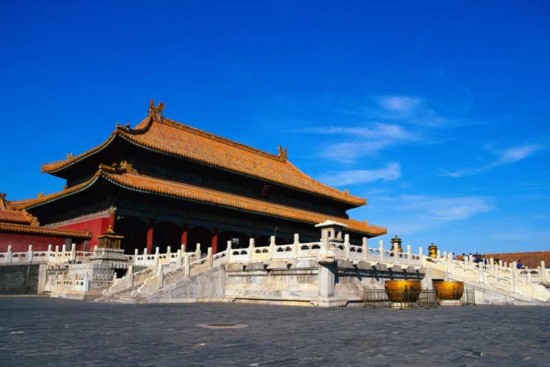 One of China’s major tourist destinations, Mount Huang is a mountain range in eastern China also known as Huangshan. The area is well known for its scenery, pine trees, peculiarly-shaped granite peaks and views of the clouds from above. In ancient times almost 60,000 stone steps were carved into the side of the mountain range. Today there are also cable cars that tourists can use to ride directly from the base to one of the summits.

A Li River cruise from Guilin to Yangshuo is the highlight of any trip to northeastern Guangxi Province. The landscape is decorated with amazing hills, steep cliffs, incredible caves and farming villages, and is lined with bamboo groves. With its breathtaking scenery and taste of a life far removed from the concrete metropolis, the scenery along the Li River is one of the top tourist attractions in China.